Do certain men really get off on small penis humiliation? Yes they do! Men who are afflicted with tiny cocks call me to speak with me about their small penis humiliation fetish. I myself got into SPH when I was in college. Before then, I had never seen a small dick. Then one day, when I was hanging out with my friends, we met a guy who was all too willing to show off his little member. When he pulled that tiny dick out of his pants, it was a small, shriveled up, uncut little penis! It was so very small. Truly the smallest dick I had ever seen until that point. It was such a tiny penis that I doubt he could ever satisfy a girl. Of course, he was a virgin (and he probably still is!).

Yep, you guessed it. We were all laughing at his tiny penis. Only the more we laughed, the harder it got. By the time it was at full mast we were breathless. Even totally erect, his penis was tiny. Small penis humiliation really seemed to turn this little man on. After we all roared with laughter, we each took turns measuring it with my tape measure. Most women would turn a guy with a small dick down instantly. I am no different. I like them big! However, I LOVE small penis humiliation!!!

Since then, I have discovered that there are tons of other so-called men who also get off on SPH. In fact, some men with tiny dicks find no other comfort than a woman’s humiliating laughter and ridicule when it comes to dick size. Penis size humiliation is the only way that a short dick man can get any female attention. As a result, they are satisfied by their inadequacy.

For many men, sexual identity is defined by the size of the penis. Having a small one, or being subject to the ridicule and shame of small penis humiliation, can damage a man to the point of erectile dysfunction or other sexual dysfunctions. Over time, all the abuse can have adverse effects on a man’s libido and can take a toll on a man to the point where natural, penis in vagina sex just does not feel right anymore. Penis size humiliation then is no longer a causal fetish and a fun and exciting fantasy, but a critical problem!

For others, small penis humiliation can really hit a raw nerve. A man can’t truly appreciate the fine art of SPH if he does not like being laughed at for his small to average sized penis. I guess you can say it takes a very special sort of man to get the most out of SPH. And a very special woman to administer it. 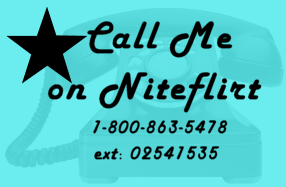 Phone Sex is a great way to express your sph fetish. I love talking to men with small dicks. Call me on niteflirt– the only platform I use– to book my sessions!  Find out what they mean when they call me a mean size queen!!

Too shy to call? Lol I am not surprised! You can reach out to me by completing a humiliation assignment or sending me a chat message via niteflirt. I also offer a large selection of small penis humiliation mp3s .